AWS CloudFormation hooks allows you to invoke custom logic to automate validation of resources. Customers have can select a pre-existing Hook from AWS’ Public Registry. It is also possible to create your own hook and publish them to your own Private Registry.

In this article, we will take a look at how to use one of the sample Hooks to prevent creation of an EC2 instance with an open ingress security group.

How to activate a CloudFormation Hook?

First, go to the CloudFormation console, and click on Public Extensions from the left menu. 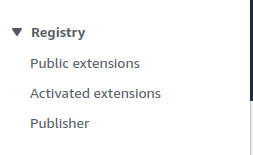 Next, choose the following filters: Hooks for Extension Type and Third Party for Publisher. We will be activating the following hook:

Before, we can activate this hook, we need to create an Execution IAM role for this hook.

Now that you have created the IAM role, we will activate the CloudFormation Hook. In the activation screen enter the ARN for the Execution role that you just created and click on Activate Extension. You can leave the other settings as default. 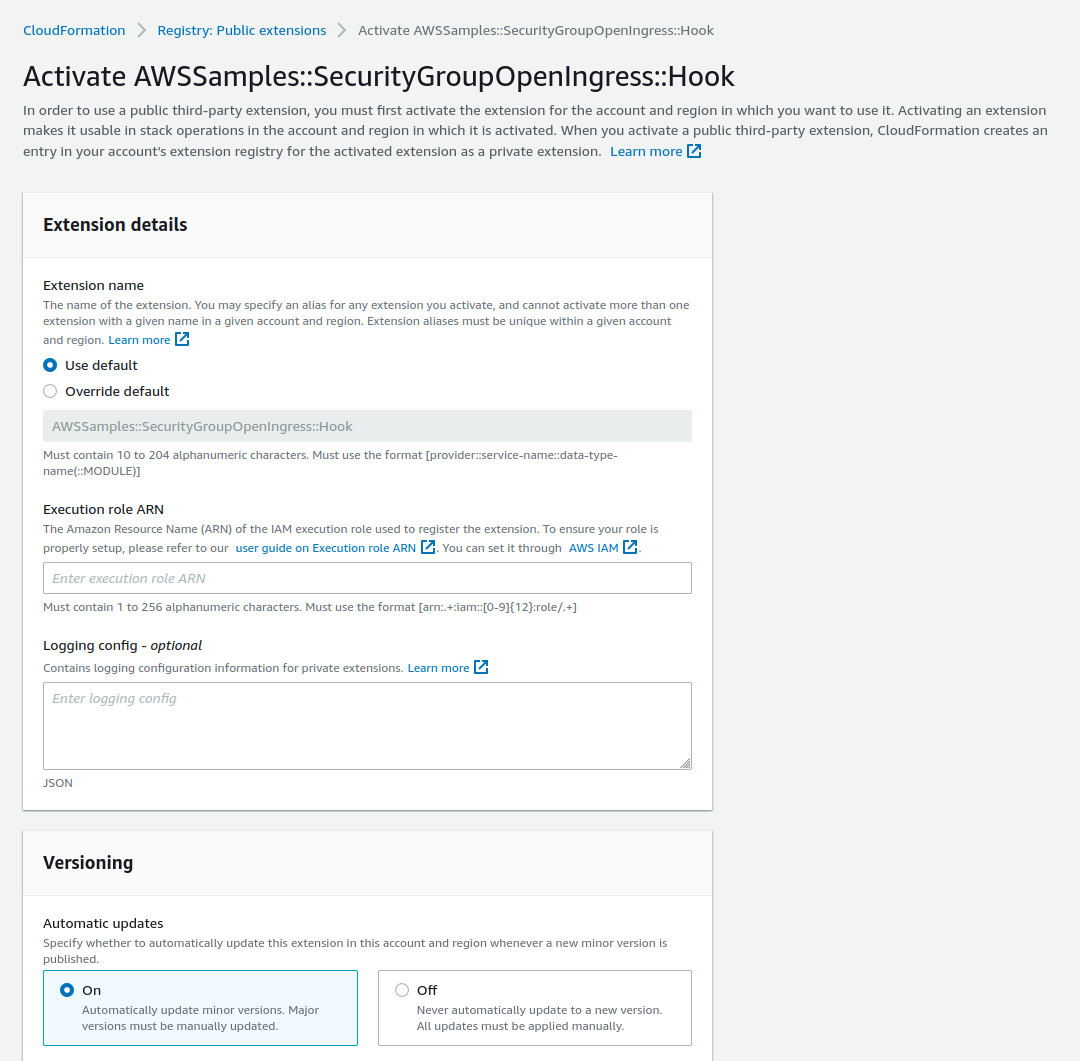 We also need to configure the Hook before we can start using it. In the next screen, add the following as the Configuration JSON and click on Configure extension. Since the hook we are using doesn’t require any additional properties, our configuration is pretty straightforward. We want to apply this hook to ALL stacks and we want the stack to FAIL if there is a violation.

How to test the hook?

We have enabled our hook that should ensure we don’t have any EC2 instances with open security groups. Let’s test if the hook is working as expected.

Lets create a CloudFormation stack that is not compliant with our hook as follows:

We can use the AWS CLI to create the stack as follows:

As expected, we see the CloudFormation stack that we just created failed because it was non-compliant with our hook. 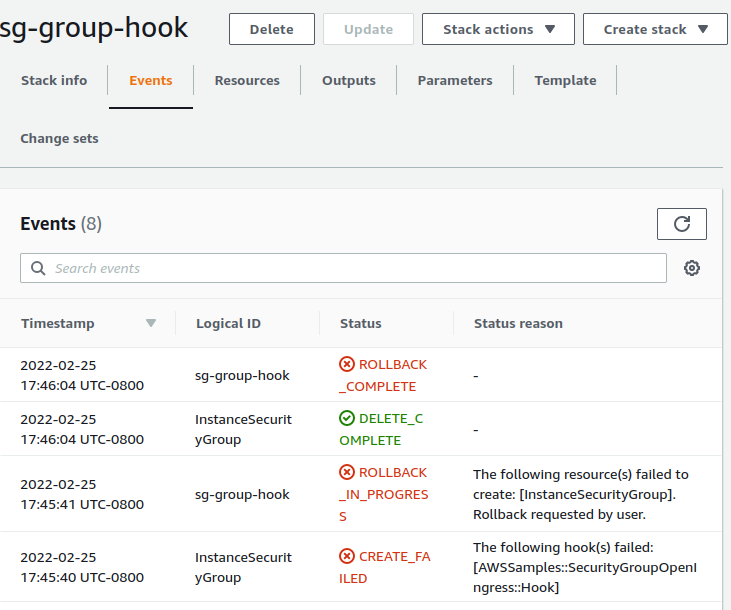 We will also create an EC2 instance that is valid to ensure that the hook won’t fail a stack that is compliant.

As expected, this stack succeeded and the EC2 instance was created. 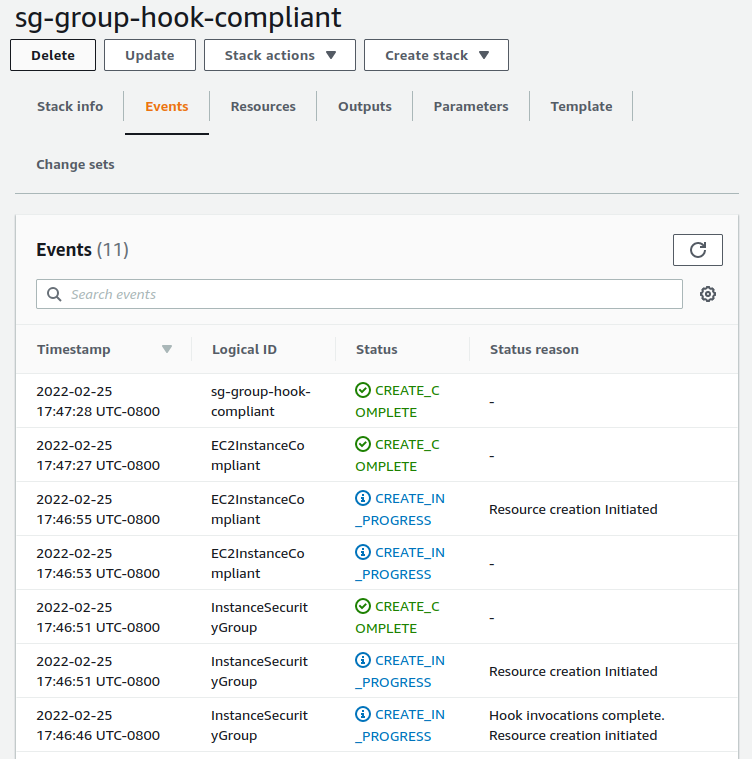