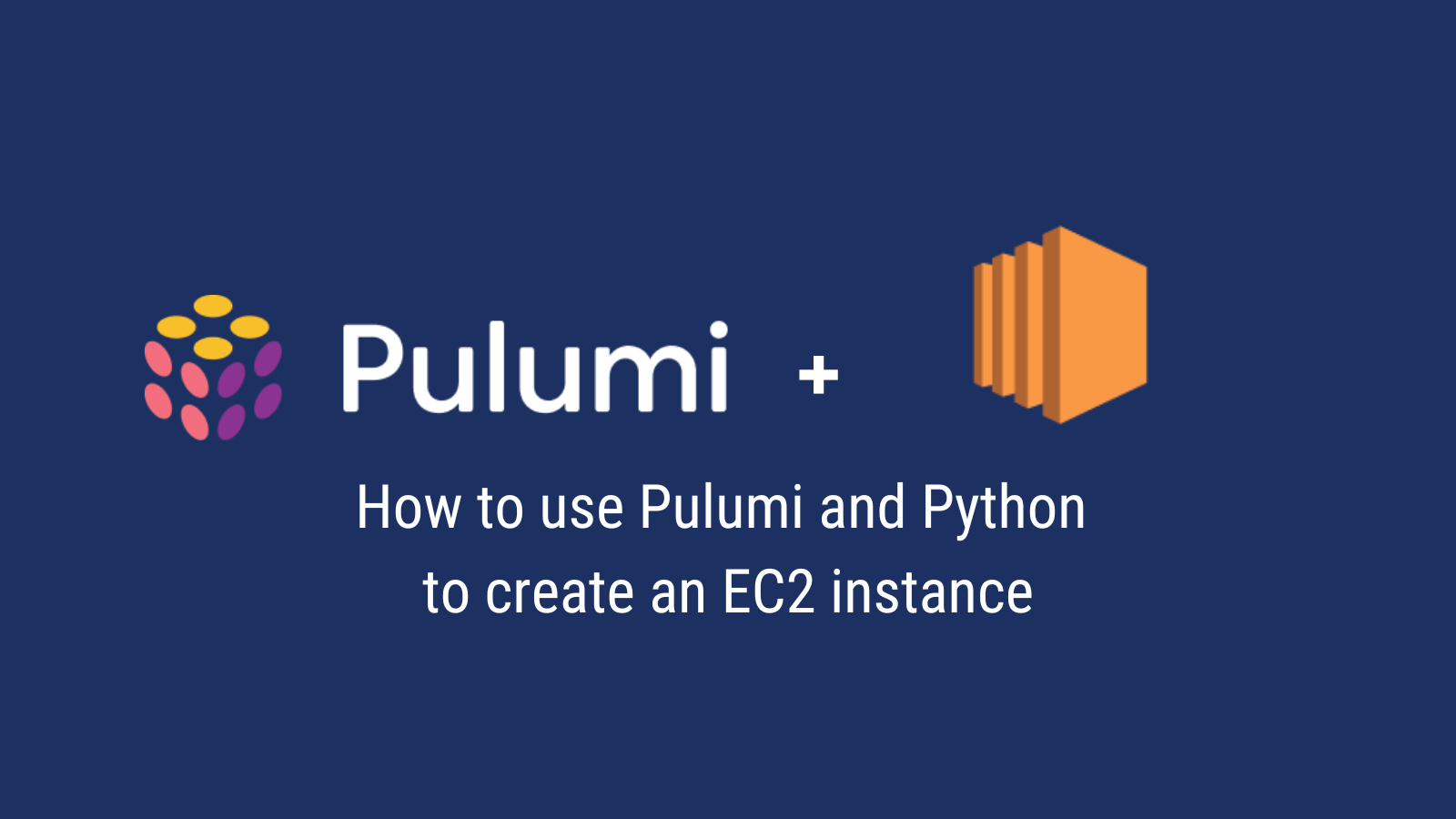 Pulumi is similar to Terraform which is also a popular Infrastructure-as-code platform. A major difference between Pulumi and Terraform is that Pulumi lets you choose one of the support general-purpose programming languages whereas Terraform has a domain-specific language called Hashicorp Configuration Language (HCL).

Pulumi is an open-source tool and it provides both free and paid tiers based on usage. For this tutorial, we will be using the Community version which is free for individual use.

Pulumi provides the capability to store the state in a backend of your choosing. Some of the commonly used options are:

By default, Pulumi stores this file in its backend service which is what we will use for this tutorial.

We can create a new python application by running pulumi new aws-python. You will be prompted to enter the name of the project along with some information.

We can run pulumi preview to confirm the initial setup worked correctly.

As we can see from the image above, the default stack generated by Pulumi creates an S3 bucket named my-bucket.

Let’s clear up the existing contents of __main__.py and start with the following imports.

We will first create a new VPC along with an Internet Gateway and Route Table for our EC2 instance:

Next, we will create a security group for the EC2 instance that allows HTTP traffic to port 80. This is where we will run the HTTP webserver.

Lastly, we will use an Amazon AMI for our EC2 instance along with a custom user data script that will run a HTTP server on port 80.

Now that we have the code to set up our EC2 instance, let’s run pulumi preview to see which resources will be created. This is what the output should look like:

Next, we will create our EC2 instance by running pulumi up. Select yes when prompted. Once all the resources are created, you should be able to see the public IP of the EC2 instance that was created.

Let’s verify that our EC2 instance is serving HTTP traffic by navigating to the public IP. The webserver should return Hello, World! indicating that everything was set up as expected.

Cleaning up the stack