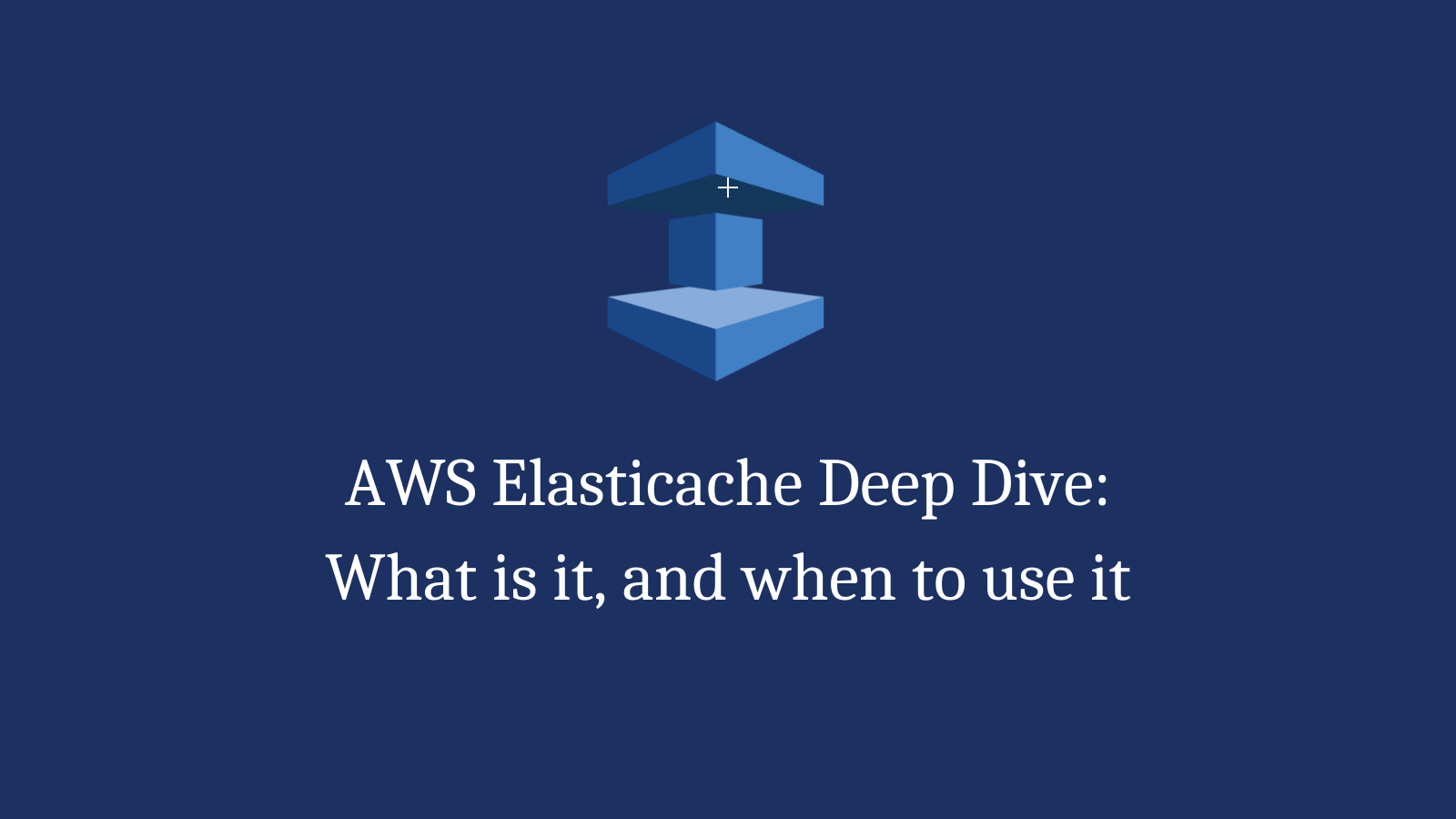 AWS offers a broad selection of datastores and therefore, it is important to choose the right datastore for your application. Amazon Elasticache is a fully-managed in-memory data store that supports both Redis and Memcached. In-memory databases provide low latency lookups and high throughput.

Common use-cases for Elasticache are:

AWS is responsible for managing the entire infrastructure including updates, configuration, and monitoring.

AWS provides non-disruptive scaling for Elasticache. Reads can be scaled by adding more replicas. Writes and memory can be scaled with sharding.

The table below lists some of the differences between Redis & Memached:

Redis is the most popular in-memory database and is more widely adopted than Memcached. For the rest of this article, we will focus on Redis and how to use it with Elasticache.

Redis provides a rich set of data structures. In a traditional key-value store, the value is limited to a simple string. However, in Redis, the value can hold complex data structures. These data structures enable Redis to be used for a variety of different applications and use-cases as we will see later in this article.

Some of these data structures are:

This article provides a more in-depth explanation of the various data structures supported by Redis.

Elasticache makes it easier to scale Redis clusters. When creating a new Elasticache cluster, you have the option to choose from one of three cluster configurations:

The following table lists the key differences between the two cluster modes (a single node cluster with no replication should not be used for production workloads):

In this section, we will take a closer look at how sharding (data partitioning) works in Elasticache.

If cluster mode is disabled, there is only one shard. The shard comprises the primary node along with the read replicas. Read replicas maintain a copy of the data from the cluster’s primary node.

Elasticache allows up to 250 shards for a Redis cluster that has Cluster-Mode enabled. Each shard has a primary node and up to 5 read replicas. Elasticache distributes the keyspace evenly across all the shards. When reading or writing data to the cluster, the client itself determines which shard to use based on the keyspace. This design pushes the work to the client and avoids any potential single points of failure.

Elasticache clusters with Cluster-Mode enabled can also leverage online re-sharding and shard rebalancing dynamically with no downtime or application interruption.

Scaling activities that are supported are:

A summary of different methods of scaling Redis clusters is provided in the table below:

In this section, we will look at some of the most popular use-cases for Redis.

Caching is the most common reason for using an in-memory key-value store. The two widely used caching patterns are:

Leaderboards can be efficiently built using the Sorted Set data structure on Redis. This article provides an example of how to build a leaderboard using Elasticache.

Amazon Elasticache is one of the most popular AWS services. It is helpful to understand the key concepts and features of Elasticache so that you can use it for the right use-case and maximize its performance.